I decided to post again mainly because I thought it was time to let you all know...because I know y'all've been wondering...that Loki is (still) alive! 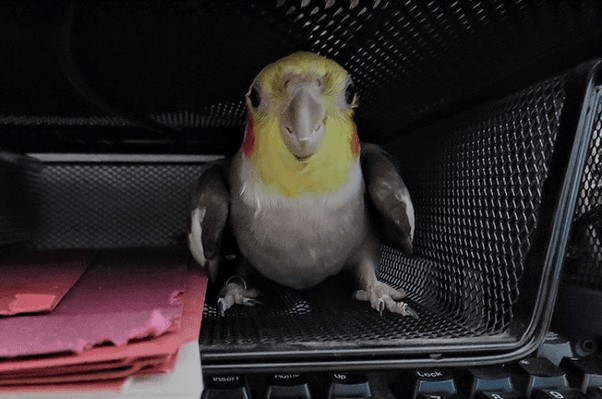 When last we checked in on the Cockateagle (his nom de guerre because sometimes he decides he's bigger and badder than his small stature would indicate), I had just written a post about how I took him on a canoe trip in the Boundary Waters the summer after I graduated college (and nearly drowned us both).  That post was...uh...over 9 years ago now (!).

I'm happy to report that Loki is doing fine, and is now 28 years old (or rather 28-and-a-half, thankyouverymuch).  His passions include bags, boxes, and being obnoxious. 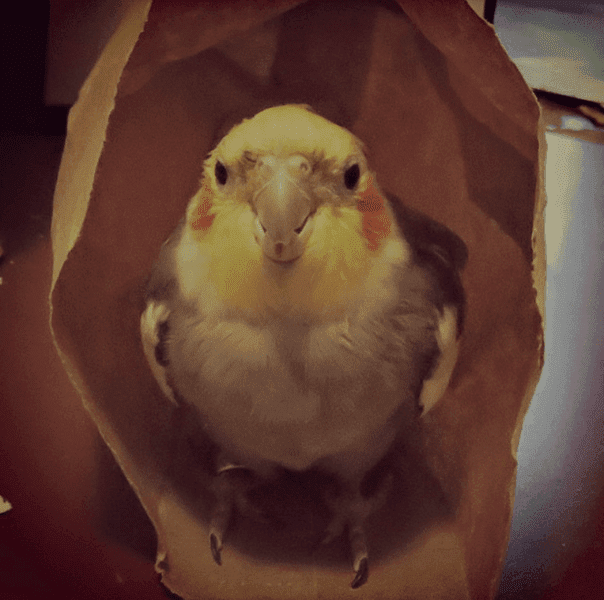 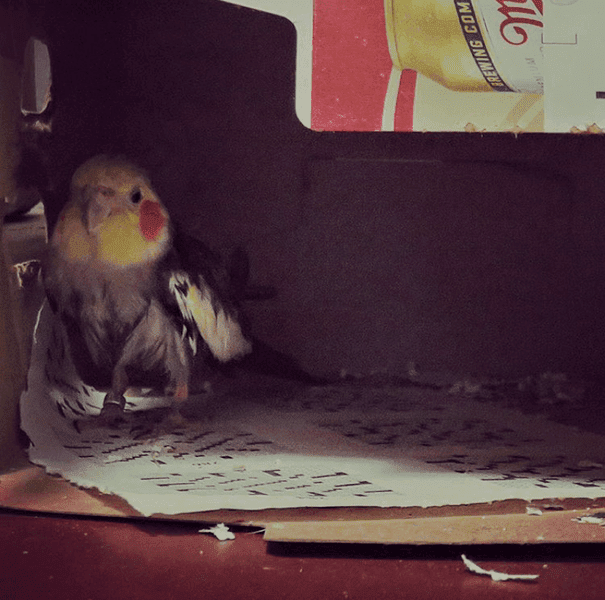 One of the things I find most endearing all these years later is when I bring him to the local pet store to board him when I travel (remember when we could do that?), and as soon as I walk in the two guys who've been working there since I moved to Tucson in 1996 say "Loki!"  Very Cheers-like.  I'm amazed by several things each time this happens, including that they still work there, they know Loki by name, and that I still don't know their names.

Now that the Cockateagle has made an appearance again, he may show up from time to time.  Depending on his mood.  Stay tuned...